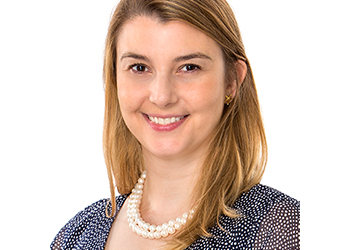 Elizabeth Frayer joined us for Albany VegFest 2019 to speak on the topic of the link between domestic violence and animal abuse. We’re grateful to connect once again to dig into this important topic even more. Please enjoy this interview with Elizabeth Frayer.

1. What led you to want to research and talk about this topic?

My initial interest and work in this topic grew out of my work on the Animal Law Committee at the New York City Bar Association. A piece of legislation was proposed for New York state to require investigators of child abuse to become mandatory reporters for animal abuse. While the Animal Law Committee supported the legislation, we received pushback from another committee focused on children and the law; they felt that this additional obligation was too onerous on already overburdened social workers. It was through our conversations with that committee that we realized there was a lack of understanding about the relationship between family violence and animal abuse and that animal abuse could be used to help uncover domestic violence and child abuse. After a series of conversations, we began giving presentations and training along with the family law practitioners throughout New York City to detectives, social workers, domestic violence shelter workers and family law attorneys. It was surprising to see how few people knew about this link between animal abuse and domestic violence and child abuse.

2. Can you talk about the role of pets in American families and how that ties into this topic?

The United States has a population of about 329 million people, 89.7 million dogs are owned in the United States, and 95.6 million cats are living in U.S. households. As of 2017 approximately 68% of all U.S. households owned at least one pet. The majority of pet owners are parents with children. A child in the U.S. today is more likely to grow up with pets than with a live at home father.

Animals often become victims in the battles of power and control that typically mark child abuse and domestic violence. An abuser’s first target is often an animal living in the home, while the second is a spouse or a child. Identifying animal abuse early could help prevent domestic violence and child abuse.

Because most households with children have pets, and women are often the primary caretaker of pets in a household, it makes it especially easy for abusers to threaten to torture or kill an animal to discourage a domestic violence victim from leaving. And studies back this up: A Utah study found that 74% of women entering domestic violence shelters owned pets in the last 12 months. Of those women, 71% reported that their partners threatened or actually harmed their pet. 87% of these incidents occurred in the presence of the women to control them.

Pets also often determine whether a victim of domestic violence leaves their abuser. Between 18% and 48% of battered women have delayed their decision to leave, or have returned to their abusers, out of fear for the welfare of their animals. This is why it is so important to create more domestic violence shelters where pets and human victims can be housed together. Pets are family members, and especially in domestic violence situations where a victim is isolated, the pet can be a victim’s main companion and source of comfort.

Additionally, the fact that so many families have pets can help uncover domestic violence. Very few people are willing to talk to investigators about abuse going on at home with people, but everyone loves to talk about their pets. A victim afraid to disclose abuse or neglect may feel more comfortable talking about cruelty or neglect to animals in the home. By asking children and other family members about abuse or neglect of animals in the home, one can start a dialogue that may uncover family violence directed at children or other family members. Further, offenders often do not see animal cruelty as a serious crime and may readily admit to animal abuse but not to family violence.

3. How can we as a society make it easier or more acceptable to talk about family violence and animal abuse?

We need to continue to speak up about this issue and educate people. I think events like the one held at Albany VegFest where The Link is spoken about helps—people often feel alone when dealing with family violence and knowing that this happens in many families helps normalize conversations about it. Family violence used to be something, and often still is, that is not talked about outside the family, something people feel ashamed of, so the more we talk about this in public, the more information we get out there and the more tools we provide to people so that they know this is not something they have to handle alone, the better.

The huge numbers of Americans who now own pets has led to a greater understanding of the important role animals play in families. Myriad studies have shown the health benefits pets have for people. Speaking about your own experiences with pets and teaching children humane education are great pathways to make it easier to speak about animal abuse which in turn can lead to conversations about family violence.

4. What should someone do if they see animal abuse caused by someone they know?

If they are able and it is safe to, they should interrupt the animal abuse. If not, in NYC they can call 911. If they learn of abuse that has already taken place, then call 311 or the ASPCA’s Humane Law Enforcement department: 212-876-7700 ext 4450. Outside of New York City, call your local sheriff’s office or humane shelter. In Albany, you can call 911 or the Mohawk & Hudson Humane Society: 518-434-8128. When reporting animal abuse, make sure you give a concise written factual statement of what you observed, giving dates and times when possible. If you are able to, photograph the animal and the surrounding area. Also write down the names and contact information for other people who have first hand information about the abusive situation.

5. What should a parent do if they see concerning animal abuse tendencies in their children?

Abuse of an animal by children often represents displaced hostility and aggression—stemming frequently from neglect or abuse of the child or another family member, bullying, sexual abuse or corporal punishment. Talk to your child and try to discover what caused the cruelty. Was this an act of innocence or is there something more serious going on? Also speak with your child’s teachers and friends. The more you know about your child’s activities the better you will be able to help your child in making compassionate and humane choices. If the animal cruelty is serious you should seek help from a family therapist or school counselor or pediatrician. But all abusive tendencies should be addressed, regardless of whether they were motivated by a desire to cause harm. Teach humane action and empathy for animals’ feelings by example; use real-life situations to instill a sense of respect for all creatures. Invite your child to help you feed the birds or rescue an insect. With older children, discuss animal cruelty cases in the news and encourage children to speak up for animals.

6. What are your top suggested resources for those seeking to learn more about this?

The National Link Coalition is an excellent source for all types of information—it also gives numbers to call in every county in the state to report animal abuse. http://nationallinkcoalition.org/

Elizabeth Frayer is a Partner at Thompson Hine, LLP in the Commercial and Public Finance practice. She has been a member of the New York City Bar Association’s Animal Law Committee since 2010. Elizabeth’s interest in law and animal welfare stems from her volunteer work with city shelters and several rescue organizations. She has spoken to a variety of groups on the link between animal abuse and family abuse including detectives, police, domestic violence shelters and students. She received her BA from Cornell University and her JD from Fordham University School of Law. She lives in New York City with her two rescue cats.