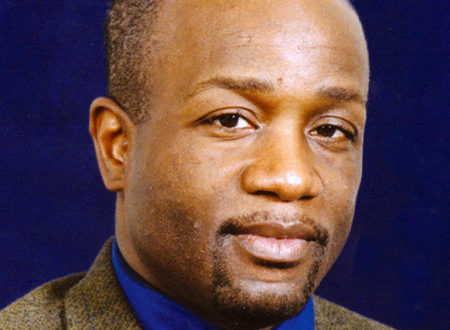 We sat down with upcoming Albany VegFest speaker, Dr. Milton Mills to learn more about his perspective and insights into some specifics of the vegan movement.

CRVN: We understand that you began your vegan transition in the late 90s. From your perspective, what have been the most impactful changes to veganism that you’ve witnessed over the past 20+ years?

MM: There’s been more of a concerted effort to broaden the appeal of vegan and bring in non-traditional communities and communities of color. I work closely with some vegan groups and they actively work to address topics related to and that attract people of color. It’s very forward thinking for event organizers to address this topic and to do so in a way that allows for many people to become educated on [this topic]. For example, one vegan organization recently held their event on a Navajo reservation to address how plant-based diets could help improve health problems among native tribes.

CRVN: As it relates to veganism, what are the primary environmental and societal influences affecting the health of African Americans and other minority groups?

MM: Environmental issues [are key]. The targeting of moving people of color and/or low income communities to areas of higher land degradation and lower water and air quality is a big concern. We are exporting the environmental costs of our animal food addiction onto minority communities who are often times not in a position to fight back due to lack of resources.

My entire argument is that human beings are herbivores and we should not be eating animals for any reason. From this standpoint one cannot justify any of this. It’s doubly immoral because we’re harming ourselves and others for no reason. If we approach it from the moral underpinnings of veganism (not harming other living, sentient beings) then perhaps our awareness of how we treat animals would extend to other humans as well.

As a person of color I feel a connection to or kinship with animals that I see being mistreated, abused, and discarded because of a belief that they aren’t as valuable as other beings.

CRVN: At Albany VegFest you’ll be speaking on the topic of Health Problems That Impact Minority Communities and How a Plant-Based Diet Can Reverse These Conditions. Can you touch on some of the health problems that are unique to minority communities and what you’ll talk about during your presentation on September 8th?

MM: This is related to the concept of “thrifty genes”. Historically we were eating largely a plant-based, high fiber, energy dilute diet. Over millennia our genes functioned well within that kind of habitual energy intake. But then we moved to a diet that’s more energy dense and higher in fat and contains more animal protein. This is why there is a greater risk of diabetes and certain types of cancers because disease tends to show up more aggressively and prominently in minority communities. African American men for example have a 60% higher chance of getting prostate cancer, that of which tends to be a more aggressive form of cancer. African American men also have higher rates of suffering from heart disease and colon cancer at an earlier age. Additionally, the prominence of asthma among the African American communities is high because of the introduction of dairy. They were forced to be confined to inner city areas with higher rates of pollution, poorer water conditions, and restricted food choices. Adopting a plant-based diet with help to markedly lower these risks and prevent these problems.

CRVN: Where do you see the future of veganism going over the next 20 or so years?

MM: No question it’s becoming more mainstream, as more people gain an understanding of its principles, it’s validity, and its benefits, and as people come to understand the relationship between dietary choices and climate change that will be a major factor as well. However, my concern is that I don’t want to see it become a “new fad” that people adopt. Or where people think they can eat faux meat one night and that’s enough. People need to understand that veganism is a lifestyle; a total commitment. It’s not something you dabble in or do occasionally. People need to understand that this is a life change so we can move the world away from this very toxic, destructive, lifestyle and dietary habits that we’ve been taught to embrace.

I encourage those interested to start by going fully plant-based for at least 8-12 weeks so they can see and feel the benefits of changing their eating habits. This tends to be an easier “sell” for people who may already have ailments, but this is also why there is such a larger percentage of younger folks going back to the standard American diet after trying veganism for a little while. They tend to be driven primarily by the animal rights aspect of veganism, which is great but it’s not enough. People need to understand and see the benefits to their own health and to the environmental impact as well.